The rise of Functional Magnetic Resonance Imaging (fMRI)—and its ability to see our brain’s activity in real time—holds unlimited potential for scientists and researchers. Martin Lindstrom, in his book Buyology, even discusses the current research and implications of neural imaging in market research. For example, do choosy moms really choose Jif peanut butter, and if so, what subconscious processes are driving their purchasing decisions?

As an educational researcher, I love daydreaming about using fMRI to better understand how humans think, learn, and build new knowledge. Imagine if Piaget had access to one of these machines!  What happens on a subconscious level as students are engaged?  Is blood flow increased to various areas of the brain, which allows for heightened neuro-receptivity?  Why do some kids “get” the material while others are left dumbfounded?

However, the prefix “sub” means below/hidden/beneath, and many of us would prefer for our subconscious to remain right where it is—hidden and beneath the visible surface. I admit, I learned a lot in my junior high history class, but that was because I had a huge crush on my teacher. If she could have run a real-time fMRI brain scan on me…well, either she’d be really flattered or I’d be expelled. Either way, let’s leave that pubescent fascination out of my report card, thank you. This example highlights just one example of why we may or may not want to go poking around in the subconscious.

As advocates of neural imaging increase, the opponents of so-called “brain probing” gather together to voice their concerns—and no, the majority do not consist of junior high boys. The argument goes like this: if we know what makes the subconscious work, what keeps us from manipulating reality to control the subconscious? It’s a slippery slope, but a valid ethical conundrum.  It should be noted that valid ethical conundrums typically accompany major scientific discoveries and anomaly shifts.

This is an incredible topic, and it’s fun to look at both sides of the implication coin. However, I am neither smart enough nor well-versed enough to provide a definitive answer about the use (or misuse) or fMRI. Instead, I prefer to keep my contributions to daydreams and silent reveries.  As my contribution to this discussion, I offer the following narrative piece as a simple “what if.”  What would school be like if students were required to wear actual “Thinking Caps®”—a network of lighted diodes that visibly register their brain’s activity? No more daydreaming, but instead, complete and regulated engagement.

It’s 11 minutes after the bell as Yuri slides through the door and into his seat. Teach looks, but just jots it down and moves on. Yuri is closed to being finished—everyone knows it.

He unloads his bag and puts his school items in place: bun-board, isoscope, wax frog figurine—the usual. Yuri places the Thinking Cap® on his head and presses his table’s on switch.  After the initial wince as the cap fires to life, he’s ready.  Sucking in a deep breath of air, Yuri expels a low, droll tone between puffed cheeks, and slowly deflates into his seat.

The diodes on Yuri’s cap fade in the front, flicker, and with decaying pulses, shift into a dull, throbbing light at the base of his skull. Just two minutes and already he isn’t paying attention.

Now, we all knew, you didn’t bother Yuri for those first few minutes. You didn’t ask where he was or why he was late. But Yuri was close to being finished, and Teach wouldn’t miss an opportunity like this.

Right on cue, just like every time Yuri’s lights fade to the back, Teach begins to move to the far side of the room, skirting the windowsill, making her way methodically towards Yuri.  As she moves, closing in on a daydreaming Yuri, Thinking Caps® about the room begin flickering blue and red. Excited orange taints the stream of engaged green.  No one is listening to the lecture; we want to know what’s going to happen to Yuri. Sensing the change in color, Teach turns her attention and gaze back to the class:

“As we do in the proper order.  Right, children?”

We murmur “Yes, ma’am,” and the oranges and blues are gone, replaced by green lights of the Thinking Caps®. Teach glances around at the engaged learners, satisfied. She continues to close in on Yuri.

I focus forward, desperately putting my full attention to the lesson splayed on my bun-board. I can see the green reflection in the screen, letting me know that my mind is in the right place.

Teach is still moving. I turn to look back at Yuri and jump in my seat—there’s Teach less than three feet away and moving my direction. I must have flicked a frightened yellow, because she places a firm, but calm hand on my desk before moving past.

Her smell. The smell of dust, decay, and cold, dead smoke strike me, and I’m sure my helmet is an array of colors. It doesn’t matter though; she’s passed, and is now close enough to Yuri’s desk not to mind a flicker amidst the fading greens around the room.

I turn to look back, and there’s Yuri—the front of his Thinking Cap® still a faint maroon, while the back of his head beams whites and purples. His colors are so bright they splay the back wall of the room like a floating orb.  Rarely does a Thinking Cap® glow as bright as Yuri’s; too bad it was always on the wrong side.

“Yuri!”  A yellow band of light beams from his head, jumping in scattered directions. Greens grapple with white: a sensory overload.

“Pay attention!” All of Yuri’s lights dance yellow, then blue, and then…instead of settling on green where they should, they suddenly go out. Black. Pissed-off black, we call it.  Teach notices, and the color purple carpets the white walls of the entire classroom; no one is engaged in the lesson—we’re all thinking of the possibilities. Teach freezes—processing the boy before him.

“Yuri! How dare you think as such? In my class? In my school?” Teach presses Yuri’s desk off. Another wince as the magnetics release their hold. “You are dismissed.”

Yuri stuffs his backpack and walks out of the room. He would leave school, and we wouldn’t see him until the following day. There would be no after-hours playtime for Yuri. No socialtime. No development trainings. Yuri is done for the day, and would return tomorrow for much of the same, until he either learns to stay engaged on the lesson instead of his dreams, or gives up entirely. 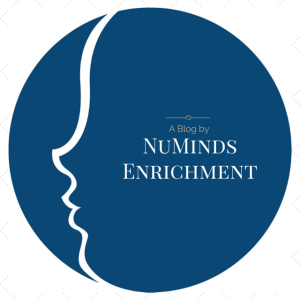